The first big spotlight on the Couserans in the world of cycling was the arrival of a stage of the Tour de France in Guzet, in 1984: Bouvatier, Hinault and Fignon were among the riders.
Since then, the Ariège and the Couserans have been a regular feature of the world’s most beautiful bicycle races.

France and the stars of cycling world have been discovering our great passes over the years : the Col d’Agnes, the Col de Latrape and the Col de la Core passes have become regular favourites on the big loop. However, they are not always crossed – in these cases, it is often a question of discovering unknown passes. The last « find » of the Tour de France in Couserans was the Col de Péguère pass. In 2017, the Tour de France honoured cycling’s love of our mountains with a 100% Ariège stage between Saint-Girons and Foix on 14 July, won with style by the Breton Warren Barguil.
The Untouchable Austrian Patrick Konrad (Bora-Hansgrohe) broke away from all his companions to win the 16th stage of the 2021 Tour de France, between Le Pas de la Case and Saint-Gaudens (169km). A 90-kilometre long number for the two-time Austrian champion, on this stage that crossed the Couserans from the Col de Port, via the Col de la Core and up to the Col du Portet d’Aspet.
In 2022, Foix will certainly be the starting city and the Ariège will once again be in the spotlight for all cyclists and cycling fans across the world !

The Couserans also hosts an international UCI Espoirs race: created in 1977, the Ronde de l’Isard has gone on to become an event on the calendar of all the best international cyclists competiting in the U23 category since 1998. 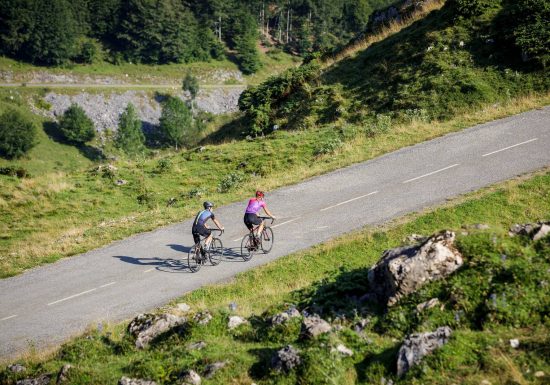 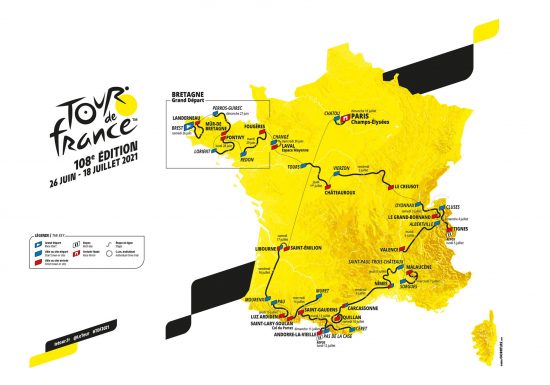